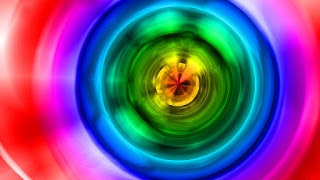 Some refer to the soul as if it is some sort of organ. Like we have a soul just as we have a heart.

If this is the case, then where is it? Where is this mysterious organ?

Rather, the soul is a spiritual entity. This is why we can't see it with our eyes or sense it with any other physical sense. It is beyond the scope of the senses.

The reality is that each of us does not possess a soul: each of us is a soul.

Some will also refer to the soul as one’s level of morality or even one’s mission. This reference to the soul is an esoteric one. To avoid confusion here, the soul is being referenced more specifically as the living being, the self.

The word "spiritual" can also be misunderstood. Spirit can be confused with the subtle physical world of ghosts, which are living beings who are still embodied within the mind and subtle physical layers, yet without gross physical bodies.

For clarity, the word "transcendental" indicates the dimension transcending these gross and subtle physical layers of the physical world: That place where we are actually ourselves.

In the preceding sections, we have illustrated the science and logic to conclude the existence of the transcendental living being. We are each such a living being, existing outside of the physical dimension, and distinguishable from the physical components of the body and mind.

This living being cannot be seen by the physical eyes or other sense organs because it is made of a different substance: The metaphysical substance of the spiritual dimension.

Email ThisBlogThis!Share to TwitterShare to FacebookShare to Pinterest
Labels: 15. Do we have a soul - or are we a soul?
Previous Next Home