What about transgenderism and gender confusion? 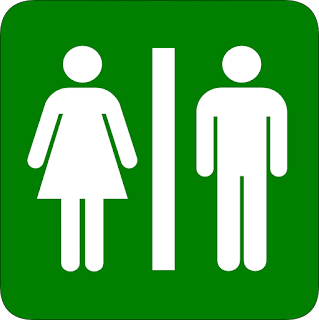 [Please note: Being in no position to judge others, this article does not present a critical judgment upon those who have chosen a transgender lifestyle.]

A common statement we hear from many people who have chosen to be transgender goes something like this:

This is stating that regardless of their body's gender, inside they feel they are the opposite gender. This brings us to the appropriate question: Who is the person "inside" who feels they are a different gender than the gender given at birth?

What is gender confusion?

When confronted by someone with gender confusion or transgenderism, some might ask: 'Why do they want to be the opposite gender?'

Every year, thousands of people undergo surgery - called sex reassignment surgery - and/or hormone therapy in an attempt to change their body’s gender. Transgender procedures such as sex organ replacement combined with hormone injections have become commonplace in medical centers.

One recent report estimated as many as three million children in the U.S. has gender confusion. In an attempt to accommodate this confusion and postpone the decision, many of these children are prescribed hormone blockers to prevent normal puberty development. The concept is that hormone-blocking will allow them to make a decision after they turn eighteen as to which gender they want to be—allowing them to more easily undergo gender change surgery.

Until that decision is made - and often even afterward - there is confusion. Did the choice resolve their identity crisis? Many will state they feel more comfortable with the new gender they chose: But is this their real identity? As this ability to make this gender change illustrates - and as we've shown scientifically throughout this publication - the answer is no.

Nevertheless, such a change to another gender is often done at the risk of criticism and ridicule, not to mention concerns about public bathrooms and dressing rooms. Thus in order to make such a change in gender status, one must be either very confused about their gender or very convinced they are not the gender of their current physical body.

What does this mean about who we are?

This logic would apply to, for example, someone who decides to purchase a car. As they drive the car off the lot, they might question whether they bought the right car. Perhaps they should have bought a different sort of car - or a different color. The capacity to question their car purchase comes from the fact that the car is their possession and there is an opportunity to change cars.

Who is the person "inside"?

Remember the statement above - where a transgender person will often say, "inside I feel like I am a woman [or man]."

For example, Caitlyn Jenner (previously known as Bruce) gave an interview to ABC's Diane Sayer, summarized by Newsweek magazine. One of Jenner's statements was:


"I've always been very confused with my gender identity. For all intents and purposes, I am a woman."

Yet the body that Jenner was given was obviously male. This is why Jenner had won the gold medal in the Men's Olympic decathlon. But because the person occupying Jenner's body is not that male physical body - this person "inside" has the capacity to feel the gender of that body doesn't match the identity of the person within.

This can only mean one thing: That the person - inside - is not the physical body.


What about children recalling a former life?

Over fifty years of research by Professors Ian Stevenson, M.D. and Jim Tucker, M.D., along with associates from the University of Virginia has confirmed a link between transgenderism and former lives.

The documented research assembled over 2,500 cases of children who recalled their former lives. The researchers individually investigated each of these cases. In an overwhelming majority of cases, the researchers independently corroborated the past-life recall of the children. The children were accurately describing the names, places and family relatives of their former lives in detail.

This included details the children could not otherwise have known unless they were that person in their former life.

In other words, when a male child recalled a former life as a woman, in most cases the boy also exhibited the early behavior of a girl - which we would now refer to as a transgender tendency.

Many of these cases, along with Jenner's and others' statements also indicate gender confusion. While media attention may to some degree influence gender confusion, a person who becomes confused about their gender is actually attempting to reconcile their deeper inner person - their spirit-person - with their temporary physical body.

And this reconciliation can be difficult: Because the spirit-person is not the physical body.

Again, just the ability to be confused about one's gender confirms that one's gender - and thus one's physical body - is distinct from one's self.

While many suggest transgenderism is some sort of moral or psychological issue, it is actually simply a symptom of our misidentification as a society. Secular society today is based on the assumption that we are these physical bodies - and happiness is derived by satisfying these physical bodies.

When a person finds they are not happy even when the physical body is satisfied, a conflict can arise from within.

A person who questions their gender is by default trying to reconcile this conflict and the fact that deep within they do not feel they are their physical body.

This attempt to reconcile one's self with the physical body is not a bad thing. But the more appropriate search is not for our appropriate gender - but for the nature of our true spiritual identity.

Email ThisBlogThis!Share to TwitterShare to FacebookShare to Pinterest
Labels: 17. What is transgenderism and gender confusion?
Previous Next Home