What about Clinical Death? 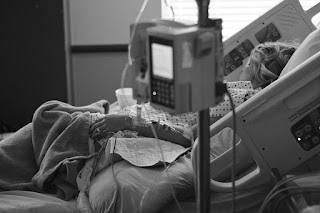 Evidence concluding our identity as nonphysical has been presented by a number of respected researchers over the past four decades.

The advent of resuscitation and medical life-support technologies has accompanied a proliferation of patients whose bodies have clinically died prior to resuscitation.

Author and researcher Dr. Raymond Moody pioneered this research in the 1960s, and thus introduced us to the Near Death Experience (or NDE). Dr. Moody presented hundreds of cases documenting common experiences among patients declared clinically dead in a clinical setting.

Dr. Moody’s research reviewed a cross-section of thousands of cases of patients with a variety of religious and socio-economic backgrounds. Dr. Moody discovered a common experience: After separating from the body, the self floats above it, viewing the various resuscitation efforts taking place on the body. This is often followed by the self remotely traveling to and viewing loved ones. Often traveling at the speed of thought to their homes or locations, the self often tried in vain to communicate with their loved one.

Afterward, many subjects detailed being drawn into a darkened tunnel with a bright light at the end. At the end of the tunnel, many either entered or saw a dazzling light or personality. Many reviewed their lives in an instant. Many went on to meet with this personality. In many cases, the personality indicated it was not “their time yet.” Following this, many instantly returned to their body.

This usually coincided with the revival of the body. While specific experiences were often different, most NDE subjects experienced separation from their physical body and felt, at the very least, peaceful (Moody 1975). Naturally, this research had its skeptics. A few questioned Dr. Moody’s protocols, which included patient selection and interview techniques.

This gap was quickly filled by Kenneth Ring, Ph.D. In a well-received peer-reviewed book published in 1985, Dr. Ring randomly selected 101 patients who had experienced an NDE. Dr. Moody’s patients were collected as their data were presented to him. This offered some but not complete randomness.

By contrast, the 101 patients studied by Dr. Ring were chosen randomly to eliminate any bias, imagination, hallucination, inconsistency, and other elements possibly affecting the objectivity of their after-death experience. Of the 101 subjects, a third reported out-of-body experiences, and a quarter reported entering the darkness or tunnel with the light at the end. About 60% reported at least a positive, peaceful experience.

Those NDE subjects whose death was the result of a suicide attempt experienced no tunnel with light. The suicide NDEs in this study experienced a “murky darkness,” after feeling separated from their body, but they did not proceed any further (Ring 1985).

Dr. Ring’s findings—though not in the exact same percentages—were substantiated by the professor of medicine and cardiologist Michael Sabom, M.D. in a 1982 work called Recollections of Death: A Medical Investigation. There have been other investigations confirming these experiences (Blackmore 1996).

Dr. Elisabeth Kubler-Ross documents researching some twenty thousand cases of near-death in her 1991 book On Life After Death, confirming the same primary conclusions of the research done by Sabom, Moody and Ring. Upon review of the other various explanations, it appears unlikely any of the possible physical causes could suitably explain the NDE—except that the self is not the body.

The sheer cross-section of people with this same experience provides too much variance to provide any other rational explanation. The common NDE experiences regardless of the level of religious reverence, expectation levels, drug-administration, knowledge of NDE and brain or biochemical stimulation certainly provides few alternatives.

This research continues to this day, with many modern studies confirming the earlier findings of Moody, Ring, Sabom, Kubler-Ross and others. Physician Dr. Sam Parnia who is director of resuscitation research at Stony Brook University.

In one of these studies, Dr. Parnia and his colleagues interviewed 140 survivors of cardiac arrest whose bodies had clinically died, only to be revived later. Out of these, 55 described that they experienced awareness during the time their bodies were clinically dead. In addition, 13 felt themselves separate from their physical bodies. Seven saw a bright light; 22 people experienced peacefulness; nine felt joy; and some of the patients recalled negative experiences after their body physically died.

There are many experiences that illustrate evidence the person actually left their physical body. For example:

In an Austin, Texas hospital, Tricia Baker clinically died during surgery after a head-on collision. When interviewed after being revived, she recalled floating up to the ceiling, looking down upon her body. She watched the heart monitor go flatline. Then she left the room and traveled down the hall. She saw her grieving stepfather purchase a particular candy bar from a vending machine - a whim from stress that he hadn't told anyone else about until he was questioned about following Tricia's interview.*

How could she have seen her stepfather purchase the candy bar while her body lay clinically dead in the surgery room?

There are many, many experiences just like this. While unconscious and with eyes closed these patients could hardly be expected to observe such events—unless they left their physical bodies.

The most logical and scientific approach - given not only the evidence here but the other evidence referred to - that there exists within the body a spiritual self: An entity separate from the body, who departs the body at the time of death.

Email ThisBlogThis!Share to TwitterShare to FacebookShare to Pinterest
Labels: 12. Doesn't clinical death prove we are not the body?
Previous Next Home

Get the Book for free!