Who is the observer? 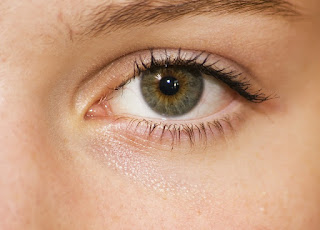 Consider biofeedback. Sensors are attached to various parts of the body to monitor physical responses like heart rate, breathing, brainwaves, skin response, muscle activity, and so on.

These sensors are connected to a computer, which displays the various response levels onto a monitor for the subject to see. The heart rate amplitude and frequency readings will be displayed on the monitor in waves, bars, and/or numbers.

Biofeedback training also gives the subject the ability to directly control a variety of physical conditions, including stomach cramps, muscle spasms, headaches, and others—many known to be part of a biochemical cascade.

But who is observing these functions and conditions?

The reason the biofeedback subject can learn to control certain autonomic functions is because the self ultimately exists outside of these bodily functions. The self is the key participant who influences physical functions. Once the person within intends to make a change, the mind will facilitate the stimulation of the biochemicals by the appropriate glands to produce a physiological response.

This can take time, discipline and practice. Even without biofeedback, a person can initiate various autonomic responses. Most of us have experienced how a physiological fear response may be initiated by simply imagining a dangerous event or situation.

This happens every day in the professional world, where executives stress over events that may never happen. Stress increases the heart rate and stimulates the release of cortisol and other stress-related biochemicals.

Most of us have experienced being worried about an event that may never happen. The resulting increase in our heart rate indicates our body’s autonomic response to an over-anxious self. This is called stress or anxiety.

This neurochemical process would be analogous to a computer operator operating a computer. A computer will tabulate, calculate, and memorize data. It will display various graphics and perform various functions, based upon the input or direction of the operator. The software and hardware are designed in such a way to coordinate computer functions very quickly and automatically within particular limitations.

In the same way, the physical body, with all of its functional chemistry and various physical responses, is ultimately being steered by the personality within: this is the self, the living being—the operator of the body.

It is difficult sometimes to separate the self inside the body from the various physical and biochemical operations of the body. This is because the feedback-response system bridges the self with the physical body.

Researchers have discovered that breastfeeding not only gives the child better nourishment and a stronger immune system, but also stimulates brain development due to some of the biochemistry of breast milk. This notion is consistent with the role various nutrients or drugs have in altering moods and behavior.

Chemicals influence behavior because they not only stimulate physical tissue response, but they also give feedback to the self about what is going on in the body. For example, the feeling of thirst is a neurochemical signal to the self that the body needs water. The combination of hormonal, osmotic, ionic and nerve signaling all integrate to stimulate osmoreceptors located among brain tissue (such as the anteroventral third ventricle wall).

Once stimulated, these receptors initiate signaling through the hypothalamus, which converts into the more subtle waveforms that connect with our mind. Through the reciprocation of the mind, the self observes this feedback and responds by initiating action to find some water.

This is one of the purposes for serotonin release in the body: To feed back the presence of balance within particular organs and tissue systems. A diet balanced in proteins, carbohydrates, and fats, along with physiological activities stimulate the conversion of tryptophan to serotonin.

This conversion is also stimulated by such activities as relaxation, laughter, and exercise. These are all positive activities for the body’s metabolism. This combined state of balance and activity results in a normal flow of serotonin, which feeds back through the brain’s translation systems to the self the presence of physiological balance among certain parts of the body.

Pain, on the other hand, indicates quite the opposite: Some imbalance exists somewhere. Pain feeds back to the operator the need for an adjustment among certain functions or activities. This necessary adjustment could be to the diet, fluid intake, sitting posture, lack of exercise, or perhaps an infection of some sort. Chronic pain indicates an unresolved lack of balance in the body, requiring an appropriate response to fix the issue.

Just as an instrument panel on an automobile informs the driver of the running condition of car, we can monitor the condition of our body through these and other neurochemical feedback mechanisms. Just as the car driver slows down when the speedometer shows the car is over the speed limit, the self—directly through conscious control or indirectly through the autonomic system—can make the needed adjustment when the body’s feedback systems indicate a problem.

Should we misidentify ourselves as the body, we might confuse positive feedback mechanisms as pleasure. This miscon­ception leads us to attempt to manipulate our body’s biofeedback mechanisms. Eating, for example, will stimulate neurochemicals such as serotonin, dopamine and leptin when there is a balance of nutrition and energy. Another example is how our taste buds feed back positive neural signals when we eat something sweet or fatty. These are both positive responses to the body achieving its basic fuels.

In an effort to gain pleasure from these positive responses, many of us continue to eat long after the body has enough for its fuel. An ongoing attempt to become fulfilled through eating can result in obesity, frustration, and depression. In the same way, the car driver does not get full when he fills the car’s fuel tank. Thus, the answer to obesity is the realization of this conflict between the body’s fulfillment and the fulfillment of the self.


“Happiness resides not in possessions and not in gold; the feeling of happiness dwells in the soul.” - Democritus (“The father of science,” 4th century, B.C.)

Email ThisBlogThis!Share to TwitterShare to FacebookShare to Pinterest
Labels: 11. Who's the observer?
Previous Next Home