Which body part are you? 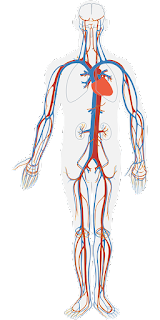 Following an amputation due to an infection or other injury, no one would claim the amputee is any less of a person. This is because the same personality is there despite a massive structural change in the body. This logic can be extended to even severe cases such as the loss of both arms and legs or other major parts of the anatomy.

An explosion or other traumatic accident might leave one's torso intact while amputating both the body’s arms and legs. Regardless of losing these appendages, the person is still perceived as a whole person—the same person as before—even though their body cannot function the way it did before.

The person who operates the body still contains the same conscious being with the same personality. This is why paraplegic and quadriplegic rights are protected by law; and why Dr. Steven Hawking, a quadriplegic, is considered one of the today’s foremost theoretical physicists despite his physical handicaps. He is regarded as no less of a person than the rest of us. Physically disabled people are given equal rights because society considers these persons equal in all respects, despite deficiencies in their physical bodies. 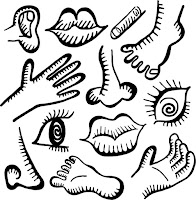 Every year millions of people receive some form of plastic surgery. For some, it might be a skin graft to move healthy skin to a part of the body that was burned or otherwise injured.

For others, plastic surgery means trimming off parts of the body or adding onto other parts. Every year, millions of women add silicone or saline-filled bags to their breasts to augment them. Others who think their breasts are too big will have parts of their breasts removed. One way or another, they want to have different breasts than they have now, in order to feel different about themselves.

For still others, plastic surgery might mean a facelift in order to look younger. These could be something as simple as changing the chin or the nose. Or it might be more complex, involving changes to the entire face, dramatically changing the face's appearance.

Most of us identify others with their face. The appearance of the face is connected to their identity. But what happens after a facelift? A facelift brings to bear the very question of identity because the face is essentially changed.

In other words, a facelift essentially means getting a new face. If we assume the face is the essential part of one's identity, does changing the face mean a change in identity?

Certainly not. Just as one can put on a Halloween mask, one can change one's face. They are still the same person despite the mask or the facelift. Can you imagine a movie star not being accepted as the same person after their facelift? If movie fans thought the facelift changed a person's identity, movie stars' careers would collapse after a facelift.

But this doesn't happen. Movie stars and others continue to get facelifts because we assume that a change of face does not change the person within.

The physical organs illustrate the same logic. It is now commonplace in medicine to surgically remove and replace organs such as kidneys, livers, hearts, hips and other parts in order to preserve the healthy functioning of the body. Some parts—like hearts and hip sockets—are now replaced with artificial versions.

Modern medicine has illustrated through many years of organ transplants that a person’s identity does not travel with the organ. Otherwise, we might have—as a few comedic theatrical performances have suggested—people whose personalities reflect their organ donors. Imagine what would happen if someone receiving a heart transplant assumed part of the personality of the dead donor. We’d truly have a mess on our hands.

This situation is analogous to an auto accident: A car is involved in an accident and brought to an auto mechanic. The mechanic determines that the car needs a new set of tires, a new set of bumpers put on, and the engine rebuilt before the car can be put back on the road. The driver waits for the repairs to be completed, and then gets back in the car and drives it away. The new car parts do not affect the driver. The driver is the same despite the car's mechanical changes.

In the same way that the driver is not the car or the car parts, we are not the body or the body's parts.

Email ThisBlogThis!Share to TwitterShare to FacebookShare to Pinterest
Labels: -3. Which body part are you?
Previous Next Home