What is the difference between a dead body and a living body? 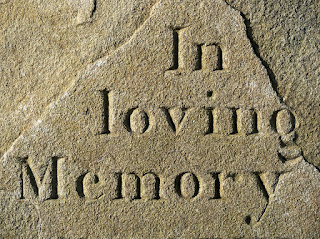 Discerning the difference between a living body and a dead body was the topic of deep discussion among Greek philosophers. The existence of a living force separate from the body was concluded by Plato, Aristotle, Ptolemy, Socrates, Hippocrates, Pythagoras, Origen and many others.

Hippocrates, for example, professed that the life within the body was due to a “vital spirit” within, which acted through four different "humours."

When one of Socrates’ students asked him how he wanted to be buried, Socrates gave them a clear reply: He told them they could do whatever they wanted with his body, because he would be long gone by then.

When we see a living body full of life, movement, energy, personality and purpose, we can understand these symptoms of life are residing within the body.

When death arrives, suddenly the symptoms of life cease: There is no movement, no energy and no personality remaining within the dead body. The body becomes lifeless. There is no growth, no will, no personality and no purposeful activity in the body following the moment of death.

What is missing from a dead body?

For centuries, doctors, scientists and philosophers have autopsied, dissected and otherwise examined millions of dead bodies. No one—not even modern researchers with highly technical instruments—has been able to find any chemical or physical element missing from a dead body that was previously present when the body was alive.

The dead body has every physical and material component the living body had. All of the cells are still there. The entire DNA is still there. All the nerves, the organs, the brain and central nervous system—every physical molecule and cell—are still resident in the cadaver.

The one and only claim of a difference, reported in 1907 by Massachusetts physician Dr. Duncan MacDougal, proposed a 21-gram weight difference between a dead and live body. He could not identify the substance of the difference, however. Dr. MacDougal’s results were also inconsistent—and were never corroborated.

MacDougal’s experiment consisted of monitoring six patients as they died upon a table rigged with a beam scale. Of the six, two were eliminated because of technical issues. Three subjects died of tuberculosis. Two of these were losing weight before and after death by “evaporation and respiratory moisture.” One subject died from “consumption” and seemingly lost ¾ of an ounce of weight as he was dying—later converted to 21.3 grams. Dr. MacDougall admitted that it was difficult in some cases to know at what point the patient had died (MacDougall 1907).

A fellow doctor in Massachusetts, Dr. A. Clarke, debated Dr. MacDougal’s hypothesis and conclusion. Dr. Clarke argued that the typical sudden rise in body temperature before and subsequent cooling without circulation upon death could account for slight weight changes due to evaporation. Especially noting some of the patients had lethal tuberculosis.

While Dr. MacDougal assumed the moment of death occurred when the patient convulsed a bit and then lay still without breathing, modern research tells us that brain death must also occur—something Dr. MacDougal was not monitoring for.

Until his own death in 1920, Dr. MacDougall tried to repeat the results and could not confirm his findings. In one test, he cruelly killed fifteen dogs while weighing them and found no weight loss at the time of death.

The 21-gram difference relegated to myth

No other study has substantiated such a theory of weight loss upon death. A supposed 21-gram difference at the time of death is now relegated to urban myth.

Outside of this research by Dr. MacDougall, many centuries of cadaver research and autopsy have carefully examined organs, bones, nerves, brain, blood, neurochemistry and other vital body parts. None of these studies has found any weight, structural or biochemical difference between a live and dead body. The dead body is simply missing an immeasurable element of life that once animated the body: An invisible force that gives the body personality, energy, motivation, and the will to survive.

Personality and the life force

As the Greek philosophers promulgated, since the personality is also gone when this life is gone from the body, it would also be logical that our personality is part of this life force, and not part of the physical body. The physical body—including all the DNA and neurons—remains intact in a lifeless, dead body. Therefore, this life force must also be separate from these physiological parts—DNA, neurons, the brain, organs, cells and so on.

This might be compared to a car. The car drives around only when there is a driver within the car directing its movement. When the car driver gets out of the car, the car remains immobile - devoid of direction and purpose.

Since the driver can leave the car, we know the driver is separate from the car: The driver is not the car—just as we are not this physical body.

Email ThisBlogThis!Share to TwitterShare to FacebookShare to Pinterest
Labels: -2. What is the difference between a dead body and a live body?
Previous Next Home