Is aging a contradiction? 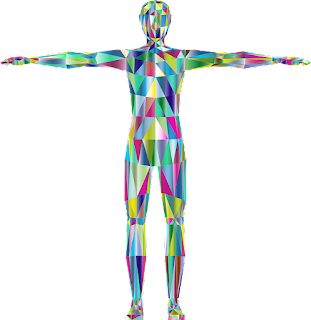 Consider how many of us relate the aging of our body to our identity. But do we really feel order when our body is getting older? Most of us do not. We are surprised with our birthdays. We are astounded when our age is spoken out loud. We do not feel that we are as old as our age as the body gets older.

This contradiction of aging is seen throughout society. Older adults try to act and look younger. As we age, we want to be more youthful. Meanwhile, kids want to be older. Children want to be teenagers and teenagers want to be adults.

We do all sorts of things in order to deny our body's actual age. For aging adults, the use of hair dyes and skin creams is widespread. For kids, wanting to appear older can mean becoming involved in smoking, sex, drugs or drinking. For this reason, some teenagers will buy fake drivers licenses with earlier birthdates.

This attempt to deny the age of our physical body in one respect or another is rampant in human society.

It's not nice to ask an adult woman her age: She wants to hide her age. Many women will even deny their age if it is announced.

It is for this reason that "age-defying" products are a billion-dollar business.

This denial of aging is often joked about. But for most people, it is no laughing matter. Most feel embarrassed by our body’s age as we get older. We are faced with an ever-wrinkling body—one that doesn't work as well as it used to.

Young adults may temporarily be proud of their age. But as the years go by, we become embarrassed by that body. We want to distance ourselves from it. This is why so many women cover their face with make-up, cover the gray hair with dyes and wear trendy (youthful) clothes. These are all attempts to hide the body’s age.

Many will go to the extreme of having different types of surgery done - in order to achieve a younger looking body. In these cases, the self is in conflict with the visual images of the body. Plastic surgery, botox, hair removal, hair transplantation, breast enhancement, and many various other medical interventions are all attempts to reconcile our identity with an aging temporary body.


Discomfort with aging indicates we do not accept these physical bodies as ourselves. Surgery or other interventions indicate our attempt to reconcile our real selves with the bodies we wear.
We feel younger than our body indicates - because we are eternal.

The waterfall of aging

A person who identifies with the age of the physical body faces another contradiction: The prospect of dying.

Aging and dying are only contradictions if we identify with these physical bodies. It is like identifying with one's automobile. If a person doesn't identify with their car, they will not have any problems when they go to sell the car. They know the car was only a temporary vehicle.

Consider that our bodies are constantly changing - every five years we have completely recycled every atom. This means our body would more closely compare to a waterfall than a solid object. A waterfall is made up of constantly changing water. We can look at a waterfall for a minute, turn away for a moment, and look back at it: The waterfall will have become a different waterfall. The water that made up the waterfall before has long fallen and flowed downstream.

Our physical bodies are like this. They are ever-changing. The body we had on as a child is now gone. All those atoms have gone and are continually being replaced by new ones. As the body ages, it looks different. Not as attractive as before.

The reality is that we are none of these. They were simply vehicles we occupied, just as a driver occupies a car while driving and then gets out.

Each of us is a driver of our temporary body. We drive the body just as a driver drives a car for a while and then steps out of it.

Unlike our temporary body, we are eternal. We are from the spiritual realm. We are spiritual in essence. Just as the driver of the car is not made up of the car's metals, we are not the physical body. We are not these atoms that get recycled every five years.

In the spiritual realm, there is no time. Time is a feature of the physical realm. Therefore, each of us is eternal.

This is why we are so distraught as we see our body age. We are not used to aging. Aging is unnatural to us because we are naturally eternal.

This is also why every living being struggles for survival. Why, if we were physical machines destined to die, would we try to avoid death? It is because our innate identity does not die: We do not die.

Dying - like aging - contradicts our identity because we are eternal by nature.

Email ThisBlogThis!Share to TwitterShare to FacebookShare to Pinterest
Labels: -4. Is aging a contradiction?
Previous Next Home