Are you the cells of your body? 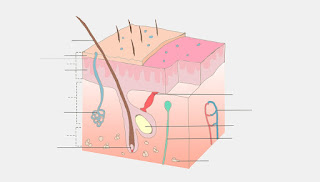 Throughout its physical lifetime, our body is continually changing, yet we continue to maintain our core identity and consciousness. Research has shown that all living cells in the body have a finite lifespan, ranging from minutes to days to years. A few cells—such as certain brain cells and central nervous system cells—may exist through the duration of the body.

These are the tiny minority of the estimated 200 trillion cells making up the body, however. By far the vast majority of cells in the body will participate in cell division. Following a certain number of divisions, the older cells will timeout. Dead cells are broken down by the immune system and discarded, leaving the newly divided cells in their place. 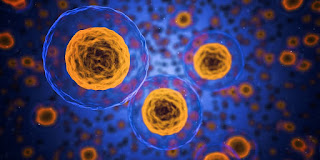 Using this process the body constantly sloughs off older cells from the body, replacing them with new ones. Different cells in different parts of the body have different lifespans. For example:

Nerve cells and the cells of the lens can live longer—for decades, and some over the lifetime of the body. However, most of the composition of all cells, including many nerve and stem cells, also turnover.

These atoms are constantly being replaced with atoms from the matter we take in from breathing, eating and drinking. New atoms enter the body from the environment. Old atoms are expelled through waste and respiration. The processes of each cell include membrane diffusion, osmosis, and ionic channel conveyance to allow a constant recycling of atomic elements.

Research in the 1950's led by Dr. Paul Aebersold - at the Oak Ridge Atomic Research Center - found that approximately 98 percent of all the atoms in the body are replaced annually.

Consider this carefully. This means that the vast majority of the body's composition is undergoing constant change.

In 2005, researchers at the Lawrence Livermore National Laboratory and the Medical Noble Institute at Karolinska Institute utilized carbon-14 analysis to study the lifetimes of cells in the body.

Again they confirmed some of the turnover rates of cells as listed above. They also found that many of the brain's cells are generated (neuro-generation) when the body is young, and many brain and nervous system cells also turnover during our body's lifetime.

Yet they also found a few types of neuron cells are exceptions. These can exist without dividing for decades - some over the lifetime of the body. These include neuron cells of the occipital cortex.

However, these neurons will also turnover molecules and atoms from their cell membranes, cytoplasm, and organelles. The research found that only their genetic matter - the nucleotides of their DNA - appear not to turn over as quickly.

Thus we find that even these longest-living cells in the body still undergo significant change in atomic composition: With the exception of those tiny nucleotides within their genetic matter, which turn over more slowly.

In other words, the research confirms that the vast majority of our body's cells and atoms are undergoing constant recycling. Those neurons that last longer will still turn over the majority of their atomic composition.

We can understand from this information that our physical bodies are turning over nearly every cell within days, weeks or years. In addition, all our body’s atoms and molecules are replaced by the atoms and molecules from the food we eat, the water we drink and the air we breathe.

We can thus accurately make the following statement:

Think about this logically. Since each of us is the same person from moment to moment and year to year within an ever-changing body, we must each have a composition separate from this temporary fluidic vehicle - the physical body.

This means that logically, we could not be this body since most of the body is constantly being recycled while we remain the same person.

For example, should we look at our photograph taken ten years ago, we will be looking at a different body from the one we are wearing today. The face we see in that picture is gone. The face we are wearing now is completely different than the face in the picture. The entire skin of the body we have on now has been replaced. The entire skeleton will be different. The cells of the heart, lungs, liver, digestive tract, blood many other parts will all be new. The vast majority of the atoms that made up our body ten years ago are gone. They've been replaced by new atoms.

Our body has changed yet we are the same person. How can this be? It can only be if we are not the physical body.

In addition, we should understand that our body contains more bacteria than cells: A lot more. And these bacteria are also constantly dying and being replaced.

Each of these bacteria is a single-celled living organism. Yes, like our cells, bacteria have cell walls and cytoplasm and organelles. They also typically have a short lifespan. Our body's bacteria will reproduce by division anywhere from a few minutes to a few hours. So like most of our cells, the precise makeup of our bacteria is also constantly undergoing replacement.

But unlike our cells, bacteria are also living organisms in themselves.

Research has found that bacteria, in fact, have consciousness. They will communicate with each other using quorum sensing along with biochemical secretion. Indeed, bacteria also communicate with their host (our bodies) utilizing cytokines and other biochemicals. In this way, they can stimulate the body's immune system and also help regulate the body's moods and biorhythms.

In fact, our body cannot survive without these bacteria. They are an important part of the body. Yet they are also constantly being recycled, just as the other elements of our body are.

Our body the fluid planet

Therefore, not only can we conclude that the human body is constantly undergoing cellular and molecular/atomic change: We can also state with scientific integrity that the human organism is a significant host for numerous other organisms. Thus our body might be compared to a planet of sorts. Just as the earth hosts and supports so many elements and organisms, so does our body.

And like a planet, the human organism is constantly undergoing cellular, molecular, atomic and microbiological change. It is thus not the solid, stable structure we might imagine it to be.

This physical body is a fluid structure. It is a complex mechanism that supports life and recycles matter. Not only does the body support trillions of microorganisms who die and become replaced. The body also supports a host living entity: A spirit separate from the body's ever-changing cells, molecules, atoms, and bacteria.

This spirit host is who each of us is. We are the spirit-person within this body - a life force composed of an altogether different constitution.

Email ThisBlogThis!Share to TwitterShare to FacebookShare to Pinterest
Labels: -6. Are you the cells?
Previous Next Home