Are you the brain? 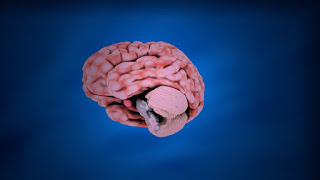 One might propose that since we have yet to transplant someone’s brain maybe we are the brain. Or perhaps we are the neurons that make up the brain.

The famous neurosurgical experiments documented by Dr. Wilder Penfield gave many the first glimpse into the brain. With the patient awake and able to respond, Dr. Penfield was able to stimulate particular memories in the patient along with other sensory impressions by touching certain parts of the patient's brain during brain surgery.

These results and their many confirming experiments left doctors with an impression that life must reside in the brain since emotional memories were stimulated with the electrode testing.

However, this assumption is disputed by surgeries and brain research over the past fifty years. The assumption that the emotional self is contained in the brain has been contradicted by the many cases of a patient's emotions and memory remaining after parts of their brain had been removed. Even many patients that have had a majority of the brain removed still exhibit personality, emotions, and memory.

Furthermore, there are documented cases where children have been born with little in the way of physical brains, yet they still have personality, memories, and cognition.

But isn't the brain the location of the storage of all our memories and impressions?

The research of Dr. Karl Lashley in the 1920's tried to find what he called the engram - a map of brain locations where different types of memories are stored. Surprisingly, he found that different people and animals store similar types of memories in different places in the brain. He concluded that memories can be stored throughout the brain - not just in selected locations.

This was also the conclusion of Dr. Penfield, mentioned above. During his neural stimulation research, Dr. Penfield found over the years that different memories could be triggered from different places in the brain, depending on the person.

Neural stimulation triggers were often found among the temporal lobes - located on each side of the brain. But within these two lobes, the precise location of each triggered memory was again found to be stimulated from different places in different people.

The problem this research produced: The assumption that the brain was an organ with different parts performing specific functions could not be substantiated. There was some differentiation by brain region, but functions seemed to be movable to different parts of the brain as needed. Neurologists had to go back to the drawing board.

This anomaly eventually became referred to as neuroplasticity. It addressed the brain's ability to move the storage and recall of memories to different locations within the brain.

Over the years, neuroplasticity became expanded to encompass the ability of other brain functions to locate to different parts of the brain: This has been observed among many patients whose brains have been damaged by stroke or trauma.

Neuroplasticity has also been seen in cases where children have been born with little or no brain - yet surprisingly have the ability to think and act as if they had a normal brain. What neurologists have found is that those functions commonly located in regions of normal brains have moved to other locations. These include the remaining brain stem and spinal cord.

Can someone really survive with no brain?

Absolutely. For example, a British child named Aaron was born in 2013 completely without a brain - only a brainstem. In 2015, the British news reported that Aaron just celebrated his second year of life and still is without a brain. He recently said his first word, "mummy." Yet what the mother was told when the child was born was shocking:

"A brain scan carried out on Aaron revealed only his brain stem had properly formed." In other words, he was born and continued to live without a brain.

This is technically referred to as holoprosencephaly. Some refer to it as hydranencephaly. It will occur once in about 5,000 births. Often the baby will die. But many babies defy the presumption that a brain is required for life. They continue to live, like Aaron and Alex.

The oldest known person without a brain lived to the age of 33.

But this understanding that the brain's functions can be relocated is not new. It has also been found among many cases of hemidecortication - when a major part of the brain - an entire cortex or even half the brain - has been surgically removed.

It was assumed in early hemidecortication surgeries - done after accidents or other extreme situations - that the brain would lose all the function of that cortex or region removed. But surprisingly, in many cases, the person eventually resumes normal activity. In these cases, it is found that the functions of the brain previously stored in the removed area have now been stored in the remaining portion of the brain tissues.

According to a substantial review done by Vargha-Khadem and Polkey (1992), numerous hemidecortication surgeries had to that point been conducted for a number of disorders. In a majority of these cases, cognition and brain function continued uninterrupted.

A few cases even documented an improvement in cognition. Additionally, in numerous cases of intractable seizures, where substantial parts of brain have been damaged, substantial cognitive recovery resulted in 80 to 90% of the cases.

Who decides where brain functions get moved?

After many studies with MRI and other brain imaging, brain researchers have found that while memory location storage might be organized using the pallium, hippocampus or elsewhere, signaling from the frontal cortex appears to determine more precisely which memories will be kept and ultimately where they will be kept and how they will be sorted.

The frontal cortex has been called the brain's control mechanism. We might compare it to a control panel or a keyboard on a computer.

This is the living being: The spirit-person within.

The enduring self within

This research described above illustrates that the inner self is not reduced by brain damage or removal. The same person remains after brain parts are removed. The same personality remains. Many retain all their memories. The majority of brain-damaged stroke patients go about living normal lives afterward as well.

Even in cases where memory, cognitive and/or motor skills are affected by cerebrovascular stroke, the person within is still present. Though handicapped, the person remains unaffected by the brain damage.

Over the past few decades, we have seen tremendous advances in science, as those who are unable to speak - are able to speak by having their brain connected to a computer with electrodes, allowing the person to use the computer as a virtual communication device. The computer is basically replacing part of the brain that used to operate the mouth and larynx.

Most of us realize that the computer functions precisely like a brain in the sense that it takes in information that is input into it. The computer sorts the information, stores it on internal memory drives, and can retrieve the information upon request of the operator.

Thus, a computer essentially duplicates the function of the brain's information processing skills.

Another central function of the brain is to operate the body. The impulses that drive and coordinate movement originates within what is considered the brain's motor cortex. Electrical signals are transmitted from the motor cortex through the central nervous system and the nerves, directly to skeletal muscles.

These impulses in turn drive movement as the muscles are stimulated.

The process combines information systems with mechanical systems. Can this system also be duplicated?

At Duke University, scientists have already duplicated this technology. While certainly not as sophisticated as the physical body, they have designed a machine to move when stimulated by signals from the brain through a computer. The researchers have basically become able to duplicate some of the brain and CNS motor operations to enable those who cannot walk or otherwise move to operate a sort of bionic body.

The system utilizes a computer and relay system to drive what is called a Pneumatic Exoskeleton. The person's body is placed in the walking contraption. It is a robotic suit of sorts, designed to move around for those whose bodies have become paralyzed.

The exoskeleton does the walking and moving.

To use the device, part of the brain must be connected with electrodes to a computer. When stimulated by brain signals, the computer sends signals to the exoskeleton. These signals instruct the suit machinery to move a leg or arm on the exoskeleton. The components of the equipment that instructs the machine to move would be likened to the motor cortex of the brain. Here is a short video:

We can clearly see from this example that the brain is essentially just a machine. It is a tool we use in order to operate the body and navigate the physical world. It is also a tool we also use to help retain and sort information brought in from the senses.

Just as the person using the computer and exoskeleton can unplug from this device and remain alive, the person operating the brain is separate from the brain.

Who ultimately operates the brain?

Who is that person within who is operating the brain? It is the non-physical self. You.

Personality and the self-perception are not brain-dependent. Many organisms exert personality and perception without even having a brain. Bacteria, for example, do not have brains, yet they can identify and memorize a wide variety of skills and events, including what damaged or helped them (self-perception) in the past. Other organisms such as plants, nematodes, and others maintain self-perception and even memory without having brains or even central nervous systems.

MRI and CT brain scans on patients following brain injuries or strokes have shown that particular functions will often move from one part of the brain to another after the functioning area was damaged.

We must, therefore, ask: Who or what is it that moves these physical functions from one part of the brain to another? Is the damaged brain area making this decision? That would not make sense. Some other guiding function must be orchestrating this move of the function. What or who is guiding this process?

The retention of memory, emotion, and the moving of brain function from one part of the brain to another is more evidence of a deeper mechanism; an operator or driver within the body who is utilizing the brain—rather than being the brain. The driver is the continuing element.

Physical structures - inclusive of memories and emotions - continually undergo change, while the driver remains, adapting to those changes.

The spirit-person - each of us - is composed of a substance different from the physical body. This spirit-person is operating the brain just as a person might operate a computer.

Email ThisBlogThis!Share to TwitterShare to FacebookShare to Pinterest
Labels: -7. Are you the brain?
Previous Next Home